If you started thinking about immigration to another country, then you should study in detail all the advantages, as well as the difficulties that you may face. Each country, even with similar climatic and economic indicators, will differ significantly. Likewise, living in New Zealand definitely has its pros and cons. In this article, we will try to talk about them in detail.

According to world rankings, New Zealand is among the top 10 countries with the highest living standards. Looking at the Numbeo rankings, New Zealand is in 8th place in 2020. To assess this indicator, various factors are measured, such as life expectancy, material well-being, political stability and security, and the unemployment rate. If we consider similar indicators of the quality of life among the cities of the world, Wellington, the capital of New Zealand, will be in 4th place, after the city of Adelaide in Australia.

Numbeo ranks New Zealand in the top 21 countries with the highest average monthly salaries. Wages in New Zealand are calculated in two ways: hourly rates and annual earnings. The minimum wage is NZ $ 18.90 per hour. The average salary is 49,000 NZD per year. Even an average monthly income will provide a decent standard of living. For detailed country-specific cost items, read more in our article Cost of Living in New Zealand.

New Zealand has a temperate climate. You will not experience the sultry heat in the summer like in Australia, and you will not see the frosty winter like in Canada. The maximum temperature drops for the whole year are from 0 to 30 degrees. New Zealand includes two main islands – North and South, and the climate on the North Island will be warmer by several degrees. Due to the lack of central heating, homes can be chilly at night. You can learn more about the climate of New Zealand on this website.

New Zealand is one of the cleanest countries in the world. The country is in the top 20 cleanest countries according to the EPI ranking. The government pays great attention to environmental protection. The city of Whangarei has an oil refinery located on the beach. Despite this, the beach has an international blue ribbon status as one of the cleanest in the world. Also, New Zealand is actively trying to popularise electric cars in the country, recently a law exempting owners of electric cars to pay road tax came into force. More than 80 per cent of electricity is generated from renewable sources. On average, a New Zealander drives about 22 km a day. It plans to become the first country with a carbon-neutral balance by 2020.

New Zealand is ahead of the US, Australia, the UK and most of Europe in terms of safety. An international group of experts consisting of sociologists and economists has developed the Global Peace Index, which assesses the level of living security in countries and regions. According to this study, New Zealand ranks second, as there are no radical terrorist organisations, showdowns and shootings on the street. As for flora and fauna, you will not meet predators and dangerous insects.

New Zealand is the first country for ease of doing business, with a minimum number of bureaucratic procedures and a simple reporting system to tax services, according to the World Bank rating. The country is considered one of the least corrupt countries in the world, there is no capital gains tax, and if you have a suitable visa for doing business in the country, it will take 10 minutes to register a company via the Internet.

New Zealand’s immigration system is one of the easiest to implement. This is reinforced by the fact that the country is roughly the size of the UK, but the population is 4.5 times lower. Accordingly, the country requires both simple workers and highly qualified specialists. An additional benefit is the various visa options that help stay in the country.

New Zealand is becoming one of the most popular countries for education. There are many reasons for this. Firstly, the educational system has a similar structure to the British one, which is recognised all over the world, and in the future, it can help you get a prestigious job. Second, New Zealand has affordable education prices compared to other English-speaking countries. The average cost of an annual education can vary from NZD 10,000 to 45,000, which is sometimes even lower than in some European countries. Thirdly, there is a wide range of educational institutions and diploma programs that are distinguished by a modern approach to teaching. Therefore, if there is a demand for a certain profession in the labour market, then, as a rule, you can find a suitable university and get this speciality in New Zealand.

New Zealand is considered one of the most international countries, with many nationalities and cultures from all over the world. The problem of racism or intolerance towards people of a different orientation is everywhere, but here it is present to a much lesser extent. One can also note the friendly attitude of local residents to immigrants. Here you will not encounter prejudice due to bad English or political convictions.

The life of retirees in New Zealand is amazing and admirable. The country has a high average life expectancy of 81.8 years. This is facilitated by good pension payments, modern medicine, and a high level of environmental friendliness. According to official data of 2017, the size of pension payments in the country is:

Most retirees use Kiwi Saver, a private pension fund. During working age, pension contributions take place, which is an additional source of income after retirement. Read more about the country’s pension system in our article.

Whatever country of the world you live in, there is always something that you may not like. Climate, the standard of living, mentality, quality of food, living costs – these are only a small part of the factors that together affect the overall impression of the country.

New Zealand certainly has its drawbacks in addition to its many advantages. We have tried to describe the most obvious disadvantages of New Zealand.

New Zealand is located in the geologically active zone of the Pacific Volcanic Ring of Fire. As a result, a large number of earthquakes occur every year, most of them are not perceptible. On the North Island it is almost imperceptible, but on the South Island, tremors are periodically felt. To ensure safety from devastating consequences, the country has strict building codes and regulations.

As any developed country, New Zealand has high living costs compared to the CIS countries. Prices are comparable to developed countries in Europe, or, for example, to Australia. The main expense item will be housing. In terms of food, prices will vary depending on the season. Despite the presence of many farms in the country, the cost of meat and dairy remains at the level of developed countries due to high taxes. Read more about the cost of living in our article.

The country has high real estate prices, which is facilitated by high demand. Numbeo ranked New Zealand 70th when comparing the property price index, which is defined as the ratio of the property price to income. The price of a house is in the range of NZ $ 1,000,000 in Auckland and NZ $ 300,000 in the regions. Finding a rental property of acceptable quality will also be difficult. For visitors, the most common option is joint rent, this can significantly save money. As for the mortgage, it is available only after obtaining residence, the loan percentage will vary between 4-6%. Read more about the cost of accommodation and real estate on our website.

There are several types of public transport in New Zealand: ferries, railways, buses. Buses are the most common way to get around the city, despite the fact that the cost of travel is quite high. Also, a significant disadvantage is that routes connect only remote areas and the city centre. If you get by ferry, then the fare will not be cheap either. Average fares range from NZ $ 3-5. Ticket prices can be viewed on the official website of Auckland Transport. If you decide to buy your own car, it is important to consider the gasoline price, which is NZ $ 2 per litre. Another disadvantage of the transport system is the presence of traffic jams in large cities and insanely expensive taxis.

New Zealand has a great distance from European countries. Typically, the flight takes about two days. Distance also affects the cost of the flight. It is common for a ticket to cost around NZ $ 1,000 one way. So, for example, the longest flight in the world, which is 17h 40min, follows from Auckland to Doha, and the second-longest is Auckland – Dubai 17h 15min. Therefore, you need to be prepared for long stays in the air.

According to the crime index, New Zealand ranks 75th (data for 2020), for example, Russia is 74th. If we take into account the countries with the lowest crime index, we get 129 – Qatar, 128 – Taiwan, 127 – UAE. There are cases where the New Zealand police only pretend to be actively involved. Often, minor offences are ignored. The reason for this is too friendly attitude of the police.

New Zealand is a young country, therefore its cultural heritage is not very diverse. There is a small selection of theatres and ballets. Concerts of popular stars can be seen only at major venues of the country. The local nightlife will not surprise fans of club life with an extraordinary scale. A lot of local young people go to neighbouring Australia in search of entertainment.

According to the study by Otago University, the number of homeless people in New Zealand could be as high as 41,200. Since the citizens of the country have high social benefits, some of them stop working and start to lead an indecent lifestyle. Even with the opportunity to get free housing, they prefer to wander on the streets, drink alcohol, and use drugs. This social category can often be found in the city centre.

Healthcare in New Zealand is funded by the government through tax revenues. For local citizens, as well as for residents of the country, it is conditionally free, from $ 10-30 for a GP, all tests and studies are free, any therapy prescribed by a doctor is also free, and prescription drugs will cost you no more than 5-10 NZD. If you do not have a residency, then you should definitely take out insurance, otherwise, medical services will be very expensive. Also, the country has quite high prices for dentists, many locals fly to Asian countries to treat dental problems. Read more about medicine in New Zealand in our article.

New Zealand has thousands of skin cancer cases every year. This is due to the strong ultraviolet radiation caused by the presence of the ozone hole over Antarctica. The ozone hole is gradually tightening, but if you spend too much time in the sun without special protection, it can provoke illness. The most dangerous period of solar radiation is from late October to April. To be on the safe side, doctors advise using sunscreen and hats. Despite this, the average life expectancy in New Zealand is quite high. 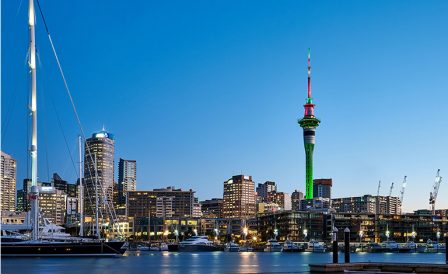 The main cities of New Zealand are located on its two main islands that have the simple names of North Island and South Island. The capital of New Zealand is the city of... 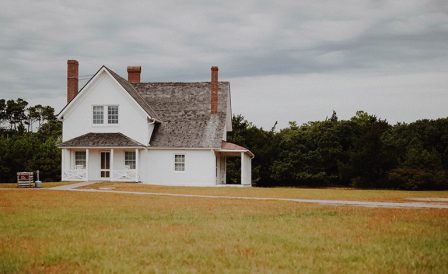 Where to live and cost of rent in New Zealand

In this article, we will try to figure out how people live in New Zealand, how expensive housing is for newcomers, how much real estate is and also discuss the cost of r... 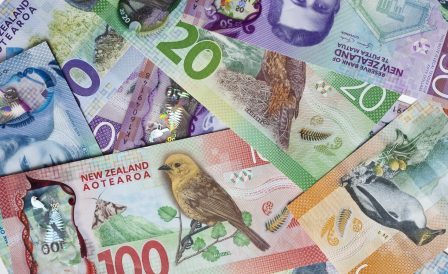 Cost of living In New Zealand

New Zealand is a developed and not a cheap country. The cost of living is comparable with other developed countries in Europe, or, for example, with Australia. Prices fo...